The true cost of water 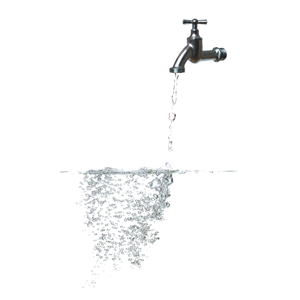 A team of researchers from the University of Texas at Austin released a report on the level of energy use in water delivery to citizens of the U.S., finding that no less than 12.6 percent of the nation’s total annual energy consumption is devoted to the task.

The team traced water from its source to the taps of average American households and back again. The study focused on each aspect of water delivery, including pumping from natural sources, building and maintaining reservoirs, treating the water for safety and then pumping it to individual residences, and businesses, including those in the industrial sector.

At its end, the study found that water treatment and delivery is one of the most expensive public endeavors in the U.S., requiring an amount of annual energy equivalent to the annual consumption of 40 million Americans. The sheer expense of maintaining and delivering fresh water serves to underscore just how precious that commodity is, potentially leading government policy toward saving water in the name of saving energy.

“Energy and water security are achievable, and with careful planning, we can greatly reduce the amount of water used to produce energy, and the amount of energy used to provide and use water,” said Michael E. Webber, associate professor of mechanical engineering at the U of T at Austin, and director of the project. “In particular, our report shows that because there is so much energy embedded in water, saving water might be a cost-effective way to save energy.”

The data used in the study was obtained from the U.S. Energy Information Agency, the U.S. Department of Energy and several private sources.