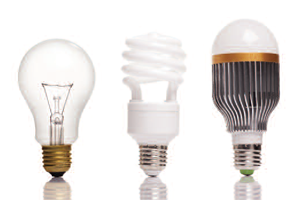 New research suggests that fewer buy energy-efficient light bulbs when they’re labeled as being good for the environment, largely because the issue of carbon emission reductions is so politically polarizing in the U.S.

“I think we’ve shown the negative consequences of environmental messaging,” explained Dena Gromet, of the Wharton School of the University of Pennsylvania, lead author of a study. “In particular, you can lose significant portions of people who would otherwise be interested in these pro ducts  when you u se t hat environmental labeling. So it indicates that different messages can reach different groups.”

The U.S. is one of many countries forcing a switch to more efficient light bulbs. In January, new efficiency requirements went into effect for 75-watt incandescent bulbs, following new standards on 100-watt bulbs a year earlier. The changes drive a projected 857 kilowatt hour-per-household reduction in energy used for U.S. residential lighting by 2040, a greater cut than for any other area of household energy use. But consumer complaints have been persistent, and Congress cut funding to enforce the standards.

The importance of price

Gromet and colleagues from Wharton and Duke University’s Fuqua School of Business first queried 657 volunteers to find out whether their opinions on energy-efficient products were split along a political divide. They were, she reported, and the issue of emissions reductions explained much of that ideological distance.

Then, a set of 210 potential buyers were armed with information on the benefits of compact fluorescent light bulbs ( CFL) , which last 9,000 hours longer than incandescent bulbs, and cut energy costs by 75 percent. They were ask ed to choose between lower efficiency and higher efficiency options; efficient bulbs were offered, labeled with a “protect the environment” sticker in some cases, and at other times with a blank sticker.

Political divisions appeared in purchasing choices—but not until price became an issue. When priced the same, every participant save one chose the energy-efficient option regardless of political persuasion.

“That indicates that people recognize the greater economic value of the bulb when there isn’t a higher up-front cost,” Gromet explained. But when the study represented retail realities, that more efficient options carry a higher up-front price tag, fewer conservatives were willing to pay extra for bulbs labeled as good for the environment.

“Our results demonstrated that a choice that wasn’t ideologically polarizing without a ‘protect the environment’ label became polarizing when we included that environmental labeling,” Gromet said. “We saw a  significant drop-off in conservative people choosing to buy a more expensive, energy efficient option.”

The explanation, Gromet suggests, could lie in labeling a consumer choice to represent values that simply aren’t shared by all buyers—in this case the environmental issue of reducing carbon emissions.

“So it makes that choice unattractive to some people even if they recognize that it may be a money-saving choice. When we asked afterward, those consumers identified the CFL bulbs as providing greater monetary savings over time. But they would forgo that option when that product was made to represent a value that was not something they wanted to be identified with.”

The study also suggested that pro-environmental messages don’t have much of a positive influence on liberal consumers at the other end of the political spectrum. “We didn’t see a significant boost among political liberals when we used the environmental message in our study,” Gromet added. “One possibility stemming from that is that you’re not necessarily getting that much of a boost on the liberal side.”

Other factors at work

Jacquelyn Ottman, a marketing consultant specializing in sustainability who wrote The New Rules of Green Marketing, said she wouldn’t expect green labeling to provide a big consumer boost for liberals or conservatives. People buy green products for the value they represent and because they work, she explained. Environmentally aware consumers do appreciate health benefits, and hope to protect the future for their families, but they aren’t entirely swayed by green messaging, she said.

“Green marketing I lump in with things like ‘made in America’ or ‘the union label.’ They are nice for some people to think about when purchasing, and maybe they add a little value, but are not really game-changers in terms of swaying decisions. Some people conclude that Americans don’t care about the environment because if they did they’d be buying more green products. But by that logic you’d say Americans don’t care about America because if they did they’d be buying more ‘made in America’ products also.”

As for the possible negative implications of green labeling, Ottman said other factors are likely at work besides politics. Some green offerings still battle stereotypes from decades ago, she said, when many were viewed as “alternative” products that simply didn’t work as well and weren’t produced by the larger brands consumers had come to trust. “There is a lingering misconception about green products that they don’t work and that they are overpriced because they are gouging people based on their sentiments about saving the planet,” she said.

Recent market research suggests that a different factor might be at work: Consumer dislike for CFLs may be a far greater problem than price or messaging. Sales of solid-state LED lighting are growing rapidly, even though this high-efficiency choice is more costly than CFLs. The Wharton-Duke study did not test attitudes on LEDs.

“It’s an open question whether emphasizing those other aspects of energy-efficiency might have different appeal to different political sensibilities and a different impact on consumer decisions,” she said.

One Response to Renting energy-efficiency