Is it too easy being green? Just do something…to start 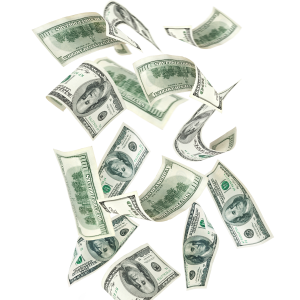 Current economic conditions are compelling multifamily operators to control costs more than ever. However, the unintended consequences of cutting certain services may actually be more costly, even detrimental, in the long-run.

Case in point: One owner who used a utility billing provider to bill residents, decided to bring the function in-house to save money. While on it’s face it may have seemed like a great way to trim costs, the owner didn’t take into account that we are entering the most heightened regulatory environment in the history of our country. As well, cost recovery has truly become a complicated field.

What could go wrong with doing it yourself? Here are just a few ways that a good utility billing provider, that is, one with a knowledgeable and experienced team, can actually save you money:

Regulation and compliance
Regulatory requirements vary by jurisdiction, and utility billing may be regulated by multiple levels of government, depending on the property’s location. Regulations are complex, vastly different by region, community type, and service provided, and will effect how utilities are billed, bill content, reporting, and much more.

Owners who bring billing in-house, often follow the same “simpler is better” logic in modifying their utility bills. For example, implementing a flat fee, whereby an owner discerns a set amount to charge residents each month, is a frequent mistake.

After all, it’s not illogical to think the owner could effectively control costs on the back-end, and that by normalizing the amount paid by residents each month, resident satisfaction will increase.

However, the owner is likely opening the asset to large-scale exposure, as well as leaving recovery dollars on the table by issuing a flat fee, particularly in such a highly-fluctuating market.

Further, if the flat fee is too high on a per-unit-basis, it may result in collecting more from residents for a billing period than was billed by the utility. This “profit” is a gigantic red flag. Such revenue can result in the owner being regulated as a public utility (time and cost prohibitive for owners). Conversely, an owner who sets too low a flat fee may be giving away the shop, and missing potential recovery. To make matters worse, flat fees may not be authorized in your jurisdiction, even prohibited. One example: flat fees are not an authorized billing methodology in the State of Texas.

Pass-through fees such as administrative costs, associated with billing are another potential landmine owners face. This traverses multiple levels of regulation depending on the location of the property, and may be allowed or prohibited depending on a number of factors. Such fees may be used to determine whether a profit is realized, or not. In order to effectively mitigate liability, an in-house billing team must appropriately calculate, generate and transmit bills, while accurately passing the costs through to residents. Otherwise, utility billing fees expose owners, not only to regulatory issues, but to consumer protection issues, as well as other liability.

Most state and local jurisdictions also have regulated what must appear on resident bills, the timing of bill delivery, and the term given to the resident to remit.

An in-house billing team may make every effort to provide a bill that is simple-to-understand, but fails to comply with legal requirements, such as inclusion of consumer protection information. Such errors can lead to big problems.

A matter of practicality
One man’s (owner’s) simplifying, is another man’s (government or watchdog) cutting corners. An in-house billing team must also consider the time it takes to properly and quickly handle resident billing disputes, ongoing compliance, such as quarterly reports and annual registrations, all while assuring that bills are accurate.

Proper time must be allotted to review the property’s master-metered utility bills and research new line items, fees, charges and rates, to determine whether said charges and rates may be allocated to residents.

Failure to properly include new charges, fees, or rate increases, can easily result in under-recovery. Conversely, wrongfully including a fee, or charge, in violation of a statute, rule, or regulation, creates legal exposure. Owners may wish to include additional utility charges, or other commodities (such as trash and recycling), on resident bills. Aside from the regulatory issues involved in determining whether these charges can be allowed, an owner must manage lease language, resident notification, and resident complaints. The list goes on, as does the asset exposure, and potential for loss of revenue.

What are the stakes?
The stakes for getting in-house billing wrong vary by jurisdiction. Some jurisdictions do not have set penalties for violations, or even guidance to advise owners how to comply. Yet, owners are just as culpable when utility billing is incompliant. And the deck is stacked against landlords as residents can also turn to consumer protection statutes when they feel wronged.

In a very public battle in 2006, disgruntled residents filed a complaint against one owner regarding their utility bills. All things considered, the owner decided to cooperate with the District Attorney, even though no formal law, statute or regulation, prohibited their billing practice. In order to avoid litigation, the owner paid over $600,000 in fines and penalties, and agreed to reimburse residents amounts collected. The total fiscal impact to the owner was in the millions.

Some jurisdictions are quite prescriptive on penalties. With regard to water and sewer billing in Texas, a violation can result in repayment of three times the overcharge, compensation of one month’s rent, and payment of court and other costs incurred by a resident in pursuing the owner. In Florida, the Miami Consumer Protection Division can issue fines and penalties up to $2,500 per violation.

While the road to hell is paved with good intentions, according to a Chinese proverb, owners seeking more control, even simplicity, may be accomplishing exactly the opposite by bringing billing in-house. They may also pay for the privilege through less revenue recovery, as well as taking on significant exposure just as regulations climb. Reputable billing providers deliver institutional knowledge and processes that maximize recovery while mitigating risk.

Owners may be better served to consider their overarching objectives. If it’s to control costs, mitigate exposure, and place a level of protection around their asset, a billing partner is the only choice.

One Response to Counting the cost