Targeting utility use in apartments Is it too easy being green? 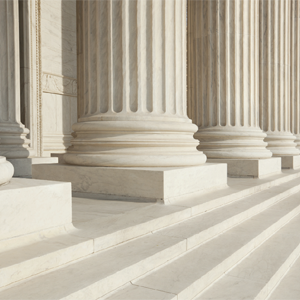 With the counting finished, the American populace seemingly voted for the political status quo in what many pundits believed would be a “change” election.

With the counting finished, the American populace seemingly voted for the political status quo in what many pundits believed would be a “change” election. President Barack Obama won four more years after defeating his Republican challenger, Mitt Romney, by an electoral vote tally of 332-206. In securing victory, Obama carried the important swing states of Virginia, Florida, Ohio, Colorado, New Hampshire and Wisconsin, albeit by smaller margins than he carried them in 2008. While Democrats claimed a mandate for their vision and policies as a result of Obama’s reelection, as well as their hold of the Senate, Republican leaders pointed to the successful defense of their majority in the House of Representatives as evidence that the country is not ready for tax increases and increase in governmental regulations.

In short, none of the branches of government changed hands on election night, with the Democrats holding the presidency and adding two seats to their Senate majority while Republicans held serve in the House. For a country reportedly weary of partisan gridlock in Washington, voters may have chosen more of the same. The election left Democrats five seats shy of sixty in the Senate, meaning the Republican filibuster remains alive and well. And while eight House races are too-close-to-call, Republicans have won at least 233 seats, fifteen more than needed to retain control of that chamber.

The most pressing question for business owners and multifamily professionals is this: what does a continued, divided government mean for the future of the fiscal cliff, environmental regulations, taxation, Dodd Frank, and the health care law?

On January 1, the country will fall over what economists, and financial observers, call the “fiscal cliff,” unless the current lame duck Congress, and president, come to a deal to extend the tax cuts that are set to expire, and prevent the deep spending reductions known as sequestration.

The Congressional Budget Office (CBO) estimates that if the cuts in spending and tax increases become a reality, the financial shock to the American economy would be more than $500 billion. CBO calculates that gross domestic product would be slashed by four points, sending the country back into a recession. Unemployment would rise by a percentage point with the loss of two million jobs. Among the taxes set to expire are the “Bush” tax cuts and the payroll tax holiday signed into law by Obama. Many of the spending cuts would affect the defense industry, and have a heavy negative impact on employment in the Washington, D.C. metro area, including southern Maryland and Northern Virginia. Apartment owners in these jurisdictions, pay attention. If no action is taken before the New Year, it is possible that the new government could retroactively fix the problem.

As with every important issue in Washington, Republicans and Democrats are divided on how to handle the impending crisis. Democrats and Obama have signaled that they want spending reductions on entitlements limited, and to raise taxes on wealthy Americans; Obama defines wealthy as individuals making more than $200,000 per year, and couples filing jointly earning more than $250,000 per year.

Republicans maintain that taxes should not be raised on anyone in a weak economy. Instead, they hold that America’s burgeoning budget gap should be closed by decreasing corporate tax rates on businesses to spur growth, and ending tax loop holes, and subsidies, to create more revenue.

On the night of the election, John Boehner, Speaker of the House of Representatives, stated that the Republican victory in the House meant the country had voted against tax increases. Democrats argued that their wins in the Senate and President Obama’s reelection meant Americans wanted a more balanced approach to the crisis with spending cuts and tax increases on the wealthiest.

In the days after the election, both sides are, at least, feigning the possibility of a compromise in the lame duck session. Obama has invited congressional leaders to the White House for talks. Boehner has acknowledged that the country wants the two sides to work together. If this sounds familiar, it is. Obama invited Republican leaders to the White House in his first term, and neither side was able to resolve the budget problem. In the end, look for the politicians to enact non-permanent stopgap measures to be resolved later in 2013. This will mean continued uncertainty and weak growth as businesses continue to operate in a cloudy regulatory environment.

Maintaining the status quo of the House, Senate and presidency, does mean an answer to the question of whether or not the Affordable Care Act will be implemented-it will. Republican challenger Mitt Romney promised, on the campaign trail, to repeal the most unpopular portions of the law, and many Republican House and Senate candidates ran on pledges of repeal. Now, with Democrats in control of the Senate and presidency there is no chance the law will be repealed. The Supreme Court ruled, in June 2012, that the insurance mandate requiring most people to purchase health insurance, or pay a penalty, was constitutional, upheld by the tax and spend clause afforded to Congress.

Some state governments may not elect to expand Medicaid, or to set up the insurance exchanges provided for in the Act-arguing that the law does not compel them to do so.

Businesses have begun to react to the requirements to provide insurance, or pay penalties, by cutting back on the number of full-time employees on staff. For example, Darden Restaurants, which owns Olive Garden, Long Horn Steaks, and Red Lobster, is reportedly testing a new business model that limits the hours of on-site employees to below full-time employment in anticipation of higher healthcare-related costs. If other companies elect this strategy, watch in the short-term for the U-3 rate of unemployment to continue to fall, but for wages and earnings of individuals to decline as more people are forced to accept part-time, rather than full-time work.

Like the Affordable Care Act, the Dodd Frank Wall Street Reform, and Consumer Protection Act, will be the law of the land for the foreseeable future. The law was signed by President Obama in the wake of the Great Recession, and regulates financial institutions and other entities engaged in transacting financial business with consumers. Like many complex pieces of federal legislation, the law delegates much of the actual rule-making power to the federal administrative agencies controlled by the executive branch. The regulations are far from complete at this time, and are still being written. Critics of the law have complained that regulators will subject the financial industry to overly burdensome regulations that do little for consumers and will make credit more difficult to obtain.

Apartment owners and managers should be aware that though the focus of the law was Wall Street and consumer credit institutions, the regulations are being written very broadly, and could affect multifamily residential companies transacting business with residents (consumers). Areas to watch are credit reporting, and the resident application process, debt/past-due rent collection, and utility payments.

Owners and managers should have attorneys periodically review their operations in these areas for compliance with federal and state laws, and make sure to work with suppliers that are legally compliant, as well.

President Obama’s reelection will also mean that the Environmental Protection Agency (EPA) will continue to place an emphasis on green technology and regulation. Apartment owners and managers have already reported more audits for lead-based paint compliance at subject properties; this will continue. Moreover, watch for EPA and other federal agencies to attempt to benchmark “appropriate” levels of use for energy, and other commodities like water at commercial and multifamily residential properties. While no federal mandate retrofitting properties to comply with green regulations is on the horizon, benchmarking the utility output of properties could be the first step in that direction.

With respect to the budget crisis and fiscal cliff, the divided federal government will continue to kick the can down the road, opting for short-term solutions instead of comprehensive reform. As such, more financial burden will be felt at the state and local levels, causing these jurisdictions to seek new, and creative sources, of revenue. Higher fees and usage taxes on businesses will rise as a result.

Apartment owners and managers should be aware of this trend, and retain counsel to advise them of the ever-increasing list of new federal, state and local rules. Multifamily companies are best served to work with reputable suppliers that employ, or retain their own legal professionals to ensure compliance with expanding regulations.